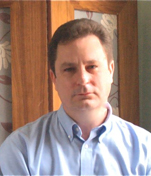 Luke Hockley, PhD, is Professor of Media Analysis, in the Research Centre for Media, Art and Performance (RIMAP) at the University of Bedfordshire.  He is also an integrative psychotherapist in private practice, UKCP reg.  His latest book Somatic Cinema: The relationship between body and screen – a Jungian perspective will be published by Routledge in 2013.  His previous books include: Jung and Film ll: the return (co edited with Christopher Hauke); House the Wounded Healer on TV (co-edited with Leslie Gardner); Frames of Mind; and Cinematic Projections.  He is joint Editor in Chief with Lucy Huskinson of the peer reviewed International Journal of Jungian Studies (IJJS), published by Taylor and Francis.  http://www.lukehockley.com

John Izod is Emeritus Professor of Screen Analysis in Film, Media and Journalism at theUniversity of Stirling. A Fellow of the Royal Society for Arts he is also a Founding Fellow of the Institute of Contemporary Scotland.

He has published several books: Reading the Screen;  Hollywood and the Box Office, 1895-1986;  The Films of Nicolas Roeg;  An Introduction to Television Documentary (with Richard Kilborn);  Myth, Mind and the Screen: Understanding the Heroes of our Time;  Screen, Culture, Psyche: A Post-Jungian Approach to Working with the Audience; and Lindsay Anderson: Cinema Authorship (with Karl Magee, Kathryn Hannan & Isabelle Gourdin-Sangouard). He and Joanna Dovalis will co-author  Cinema and Therapy: Grief and Transformational Film to be published with Routledge in 2014.

Vicky Lebeau is a Professor of English at the University of Sussex. She has published

widely in the fields of psychoanalysis and visual culture. She has recently published Childhood and Cinema (Reaktion and Chicago University Press, 2008). In psychoanalysis, she has interests in Freud, Winnicott, Andre Green, Jean Laplanche, Serge Leclaire, Michael Eigen, Joyce McDougall and Christopher Bollas. She is currently researching the topic of the ‘arts of looking’ (including writing on Shane Meadows, Michael Haneke, Gerhard Richter and Don DeLillo).

Agnieszka Piotrowska is an award winning documentary filmmaker and a theorist, best

known for her controversial film MARRIED TO THE EIFFEL TOWER (2008) which has been screened in more than 40 countries.

She was  awarded a theoretical PhD at Birkbeck, University of London in 2012 . She is Senior Lecturer in Media Arts at University of Bedfordshire and her book based on the PhD – Psychoanalysis and Ethics in Documentary Film – is due to come out as a monograph with Routledge later this year.

Cambridge and a Fellow of Corpus Christi College. She is also Course Director of the MPhil in Screen Media and Cultures. Her recent books include Cinema’s Missing Children (2003), Alain Resnais (2006), Atom Egoyan (2009) and Love, Mortality and the Moving Image (2012).